The aim of treatment is to reduce the occurrence and/or severity of uremic bone disease and cardiovascular morbidity and mortality caused by elevated serum levels of PTH and calcium X phosphorus product. The US K/DOQI guidelines and the UK Renal Association Standards suggest strict targets and management to control these disturbances of mineral metabolism.

Dietary phosphorus restriction: Restricting phosphorus intake can be achieved by reducing intake of dairy products, certain vegetables, and colas. According to K/DOQI guidelines, phosphorus intake should be restricted to 800-1000 mg daily when the serum phosphorus level is > 5.5 mg/dl (1.78 mmol/L) in patients with CKD stage 5.

Aluminum-containing phosphate binders were, for many years, the phosphate binders of choice, forming insoluble and non-absorbable aluminum phosphate precipitates in the intestinal lumen. They are still the most effective phosphate binders but due to their elimination from the body via the kidneys, patients with impaired renal function have a gradual tissue accumulation of absorbed aluminum with resultant toxicity. The major manifestations of aluminum toxicity develop in the bone, skeletal muscle, and the CNS, leading to low-bone turnover osteomalacia and adynamic bone disease, refractory micro-cytic anemia, bone and muscle pain, and dementia. However, many physicians still prescribe low doses of aluminium hydroxide. The K/DOQI guidelines recommend the use of aluminium-containing phosphate binders only in patients with serum phosphorus levels >7.0 mg/dL (2.26 mmol/L), that too for short-term therapy (4 weeks) and, for one course only, and then replace by other phosphate binders.

The problems with aluminium-containing phosphate binders led to the administration of calcium salts to bind intestinal phosphorus. In addition to lowering the plasma phosphorus concentration, absorption of some of the calcium can also raise the plasma calcium concentration, providing an additional mechanism by which PTH secretion might be reduced.

Calcium carbonate has been the most widely used calcium salt. Calcium acetate is a more efficient phosphate binder than calcium car-bonate, as it dissolves in both acid and alkaline environments while calcium carbonate dissolves only in acid pH and many patients with advanced renal failure have achlorhydria or, are taking H2-blockers or proton pump inhibitors.

The required dose of calcium carbonate to control phosphorus level ranges from 6 gm up to 15 gm/day (40 % of which is elemental calcium). Calcium salts are most effective if taken with meals, because they bind dietary phosphorus and therefore, leave less free calcium available for absorption. More recently, it has become clear that the use of calcium salts in patients with ESRD can lead to an increased risk of hypercalcemia and metastatic calcifications, including coronary artery calcifications, which are in turn associated with cardiovascular mortality. To avoid metastatic calcification, the K/DOQI guidelines suggest that the total dose of elemental calcium (including dietary sources) should not exceed 2000 mg/day.

Magnesium salts may be used as an alter-native to calcium-containing phosphate binders in patients who develop hypercalcemia. Magnesium carbonate reduces PTH and phosphorus levels when used with magnesium-free dialysate.

Non-Calcium, Non-Aluminum Phosphate Binders : Because of the occurrence of hypercalcemia with the use of calcium salts, with consequent metastatic and vascular calcifications, there arose the need for non-calcium, non-aluminium phosphate binders.

Sevelamer hydrochloride is the first synthetic non-calcium, non-aluminum phosphate binder to become widely available in the USA and Europe for the treatment of hyperphosphatemia in patients with CKD. This cross linked poly allylamine hydrochloride exchange resin binds phosphorus and release chloride, While the potency of sevelamer is low when compared with aluminum, there are beneficial effects of this drug such as attenuation of the progression of coronary and aortic calcifications as seen with the use of calcium-containing phosphate binders. Also, significant improvement in lipid profile in the form of reduction of total and low-density lipoprotein (LDL) cholesterol has been noted with sevelamer usage.

Lanthanum carbonate is the most recent non-calcium, non-aluminum phosphate binder to be developed for the treatment of hyperphos-phatemia. It is a salt of a rare earth metal acting as a highly effective phosphate binder. It is minimally absorbed from the gastrointestinal tract and is not excreted by the kidneys. In pre-clinical studies, lanthanum carbonate has been shown to be as effective as aluminum in binding phosphorus but without the asso-ciated toxic effects. It has minimal tissue accumulation in comparison to aluminum, but long-term toxicity of bone accumulation cannot be totally ruled out. Doses between 1350 and 2250 mg/day is effective in reducing and maintaining phosphorus levels in most of the patients; the effect is seen within three weeks of treatment. Also the incidence of hypocalcemia is lower and the calcium X phosphorus product is reduced in comparison with calcium carbonate. Both calcium-based phosphate binders and other non-calcium, non-aluminum-containing phosphate-binding agents are effective in lowering serum phosphorus levels and may be used as the primary therapy (K/DOQI guidelines).

Vitamin D Calcitriol is the most active metabolite of vitamin D that has direct effects on the para-thyroid gland by suppressing the synthesis and secretion of PTH and limiting parathyroid cell growth. It has been administered orally and intravenously for the treatment of secondary hyperparathyroidism. It may cause hyperphos-phatemia and hypercalcemia by increasing absorption of both calcium and phosphorus. Intravenous “pulse” therapy has a greater effect in reducing bone turnover by diminishing the number of active ostoblasts rather than the reduction in PTH levels. There is indirect evidence that pulse therapy with calcitriol, combined with use of calcium-containing phosphate binding agents, increase the prevalence of adynamic bone disease. Due to the potential of calcitriol to cause hyperphosphatemia, hypercalcemia and an increase in calcium X phosphorus product, new vitamin D analogues have recently been developed.

These analogues are relatively selective for parathyroid gland with lesser effect on intestinal absorption of calcium and phosphorus. 22-oxacalcitriol is characterized by decreasing affinity for vitamin D binding protein and has a short plasma half-life resulting in rapid clearance from the circulation; this may be the mechanism for its low effect on calcium and phosphorus levels. It is also characterized by effectively decreasing PTH secretion without affecting bone turnover.

One of the recent studies comparing the effects of calcitriol and 22-oxacalcitriol on secondary hyperparathyroidism showed that the serum calcium and phosphorus levels are similar with these two drugs and that the suppressive effects of these drugs on PTH secretion did not significantly differ. 22-oxacalcitriol and calcitriol have a similar effect on hypercalcemia and elevation of calcium X phosphorus product when compared to calcitriol. Paricalcitol is characterized by adequately controlling PTH secretion with minimal hypercalcemia and hyperphosphatemia com-pared to calcitriol. Also, doxercalciferol has the same effective suppression of PTH with minimal changes in serum calcium and phosphorus levels.

The American Food and Drug Administration (FDA) indicated that there is no difference in the ability of intravenous paricalcitol and calcitriol to suppress PTH, calcium and phosphorus levels in hemodialysis patients. Of interest, a recent study has suggested that none of the new vitamin D analogues is superior to calcitriol or alfacalcidol in suppressing PTH or controlling calcium, phosphorus levels as well as the calcium X phosphorus product. According to K/DOQI guidelines, patients with CKD who are treated with hemodialysis or peritoneal dialysis with serum PTH levels > 300 pg/ml should receive an active vitamin D sterol such as calcitriol, alfacalcidol, pari-calcitol, or doxercalciferol to reduce the serum levels of PTH to a target range of 150 to 300 pg/ml.

Calcimimetics : Therapy with calcimimetics is a new approach for the treatment of secondary hyperpara-thyroidism. These agents act at the level of the CaR, which is found in the parathyroid and C thyroid glands as well as renal tubular cells. Activation of this receptor by calcimimetics increases intracellular calcium concentration, which causes rapid reduction in PTH secretion, serum phosphorus levels, and the calcium X phosphorus product, which remain suppressed for up to three years. Cinacalcet HCl (AMG-073) is a new calcimimetic that is currently approved for clinical use.

Cinacalcet HCl is administrated orally at a dose ranging from 30-180 mg once daily, which must be taken at the same hour every day to avoid overdose and adverse effects.  The patient should be started with the lowest dose, which is then increased progressively every two weeks until PTH levels between 150-300 pg/ml are achieved. The serum PTH, phosphorus as well as calcium levels should be checked regularly. Transient hypocalcemia (<7.5 mg/dl) may occur which can be corrected by increasing the dialysate calcium levels or the doses of calcium-containing phosphate binders and vitamin D. Transient episodes of nausea, vomiting have occurred in patients who were treated with cinacalcet; also, upper respiratory tract infe-ctions, hypotension, diarrhea and headache have been observed with cinacalcet HCl.

Parathyroid Intervention Therapy : It is divided into surgical parathyroidectomy (PTx) and percutaneous direct injection therapy into parathyroid glands. The need for para-thyroidectomy in patients with secondary hyperparathyroidism has decreased signi-ficantly in the past decade. This is due to increased utilization of medical measures that can suppress parathyroid hormone (PTH) secretion, especially intravenous vitamin D.

The main indications for (PTx) include: therapy-resistant hypercalcemia and/or hyper-phosphatemia in the presence of high PTH level, pruritus that does not respond to medical or dialysis therapy, progressive extra skeletal calcification or calciphylaxis, un-explained symptomatic myopathy and renal transplant recipients with persistent hyper-parathyroidism in association with hyper-calcemia. The K/DOQI guidelines recommend that (PTx) should not be performed unless the PTH levels exceed 800 pg/ml.

Parathyroidectomy includes subtotal PTx or, total PTx with or without re-implantation of parathyroid tissue in the forearm. The latter is considered the procedure of choice in patients with metastatic calcification while subtotal or total PTx with re-implantation are performed to avoid hypoparathyroidism, particularly after renal transplantataion. Percutaneous ethanol injection therapy has been considered as an alternative procedure to surgical parathyroidectomy but unfortunately it may cause recurrent laryngeal nerve injury. Thus, it has recently been replaced by use of intravenous calcitriol preparation for percutaneous injection into parathyroid glands.

Also, percutaneous calcitriol analogue injection therapy (22-oxacalcitriol) has shown strong suppressive effect on PTH levels as well as reduction in the size of the enlarged glands. In conclusion, ROD remains a major clinical challenge in patients with CKD. Its pathophysiology is not fully understood and its management continues to evolve. 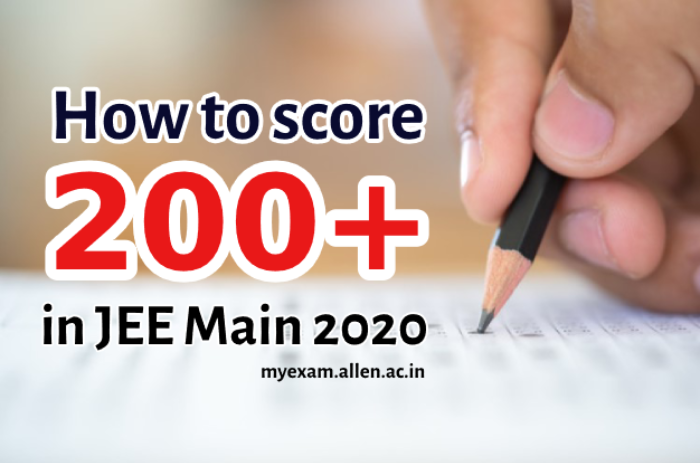 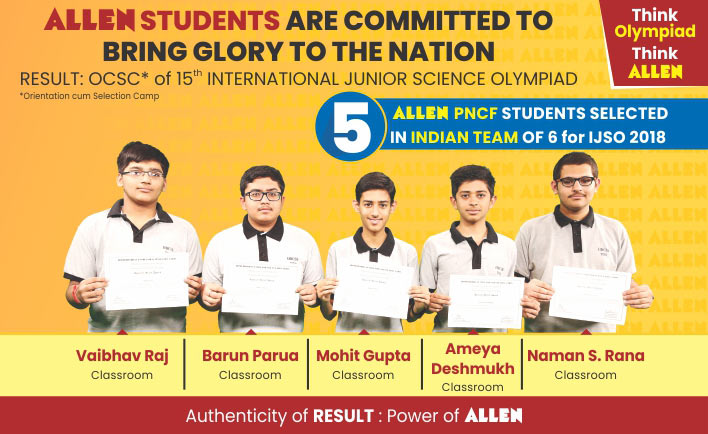