The Centre, which will conduct the NEET exam, will provide a national list and a state list and it is for states to decide on priorities they want to assign to rural students etc. New Delhi: From next year, admission to medical and dental courses across the country will be done through a single common entrance test, with Parliament on Monday approving two significant bills providing for putting NEET in place.

The government said the National Eligibility-cum-Entrance Test (NEET) is designed to curb corruption by bringing in transparency, checking multiplicity of exams and to stop the exploitation of students in counselling.

Under the new system, exams to private colleges will also be conducted under NEET, Health Minister JP Nadda said, responding to contention by some members that it will benefit private institutions.

Most of the parties supported the government move to have NEET except AIADMK which opposed it and staged a walkout, arguing that it will affect rural students who do not study CBSE syllabus.

Replying to a debate on these bills, Nadda said, “National Eligibility-cum-Entrance Test (NEET) is intended to check multiplicity of exams…To bring transparency to curb corruption and to stop the exploitation of students during counselling.”

Earlier students would have to travel long distances to appear for several medical entrance examinations but the new legislation will bring this to an end, he said.

Responding to apprehensions expressed by some members, particularly from Tamil Nadu where reservation is up to 85 percent, he clarified, “We are not going to touch the state quota…We will give the name, ranking, domicile and percentile…Now it is for the state governemnts to decide and give extra marks…And give admissions to reserved categories.”

Nadda said the exam will be held on the basis of the syllabus of NCERT and the under-graduate exam will be taken up by CBSE and post-graduation by the national board of examination.

“In the syllabus, we bring parity. Concerns of the state governments will be addressed …We will do standardisation of syllabus so that rural students can also be taken care of,” he said.

“Tests will also be conducted in regional languages,” Nadda said, responding to apprehensions over the issue.

He said the Health Ministry has written to all the states seeking details about the number of students who appeared in local languages in the last three years so that the Centre can make plans accordingly.

The NEET is intended to be introduced from the academic year 2017-18.

The Bills seek to amend the Indian Medical Council Act, 1956 and the Dentists Act, 1948 and replace the Ordinances that were promulgated by the government to circumvent the Supreme Court order for implementation of NEET examination this session itself.

Nadda, while replying to a host of issues raised by members, said when it comes to medical education, quality will not be compromised and quantity will be increased.

The Health Minister also said efforts are being made to make the process transparent and a step in this direction is that names of the students will be declared, from among whom counselling will be done.

The Centre, which will conduct the NEET exam, will provide a national list and a state list and it is for states to decide on priorities they want to assign to rural students etc, he said.

With regard to fees of private colleges in a state, the decisions would be taken by a committee headed by a retired judge, he said.

To a query by Jairam Ramesh (Congress), Nadda said, “I would like to assure Ramesh that this government is not going to succumb to any vested interest“.

Nadda said foolproof arrangements will be put in place under the proposed law and that the government will consult all parties.

The move for NEET was initiated by previous government and the present dispensation and a Supreme Court order has asked the government to quash it, he said.

“Government went in review and in April, the Supreme Court withdrew its order permitting to carry NEET but on May 9 one PIL was filed. On May 1, All India Preliminary Medical Test (AIPMT) was conducted,” he said and added that AIPMT stood as NEET 1 while NEET 2 would be conducted on July 24 and results would be declared on August 17.

All barring Tamil Nadu accepted that NEET will be implemented, he said and added this has been done for undergraduates for 2016-17.

To a query about the urgency to promulgate Ordinance for the bills, Nadda said Parliament was not in session.

He rejected the contention of some members that the step was initiated under MCI pressure, saying, “deliberations are being done. We are not under any pressure. We will do the right thing.” 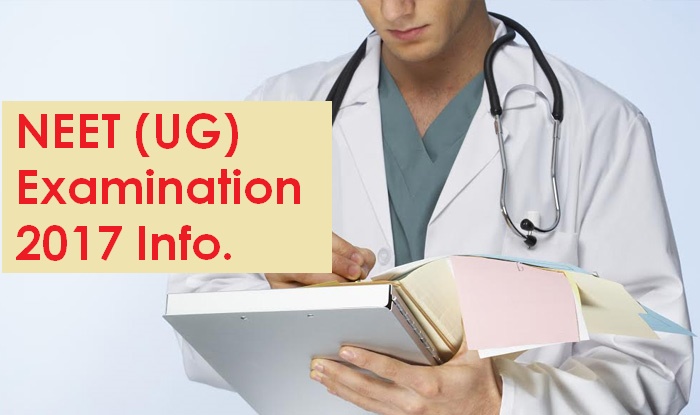 NEET (UG) 2017 – All Important Information at a glance