The HRD Ministry announced April 25 as the date of re-examination for Class 12 Economics paper. Addressing media persons at a press conference, education secretary Anil Swarup said the board will take a call in the next 15 days if there was a need to conduct retest for Class 10 Maths exam. Preliminary inquiry has revealed the Class 10 paper leak occurred in Haryana and Delhi-NCR, which is why re-exam will be held only in these two regions.

The decision was taken in the interest of the children, Swarup added.

The CBSE had announced retest of the two papers earlier this week following reports that both papers had been leaked.

Swarup said an inquiry into the leak was ongoing at two levels — first, by the police and the second, an intra-departmental probe.

“Our immediate concern is for the children who have suffered and this decision is in that context. We will nail the person who did this,” the education secretary said.

There has been no leak outside India, hence no re-examination will be held outside the country, he said.

Earlier in the day, six students were detained by the police in Jharkhand’s Chatra district in connection to the papers leak. Delhi Crime Branch has also been cracking down, and questioned 45 people since yesterday, including the administrators of the 10 WhatsApp groups, coaching centre’s owner, 18 students and some tutors, about the leak.

The Delhi Police has written to Google to share details of the mail ID from which the CBSE chairperson was sent an e-mail about the mathematics paper being leaked.

The police also sought details of the examination centres, their superintendents and the contacts of banks where the papers were kept for safeguarding. The CBSE today furnished the details pertaining to both Delhi and Haryana to the officials in charge of the case.

The cases were registered on charges of criminal breach of trust, cheating and criminal conspiracy.

In the complaint pertaining to the mathematics paper, the board has said that a day before the exam, its chairperson Anita Karwal had received an e-mail informing her about the leak, the officials said. 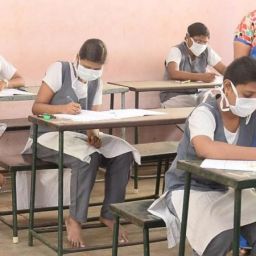 Schedule of Class 10 and 12 exams likely to change in 2021. Read to know what CBSE plans for the same

Speculations are doing the round that the Central Board of Secondary Education (CBSE) is pondering over changing the Class 10,…