ALLEN Career Institute has launched its national level talent encouragement exam TALLENTEX 2017 for the students of class 5 to 10 & 11 (Science). According to Mr Brajesh Maheshwari, Director, ALLEN Career Institute, TALLENTEX 2017 will be conducted zone-wise at 500+ test centers of 300+ cities spread across 22 states of the nation. For this, the country has been divided into 7 different zones where TALLENTEX will be conducted on two separate dates of October 9, 2016 and October 23, 2016. Out of the various unique benefits of TALLENTEX, some of them mainly include benchmarking at national level, analysis for improvement in preparation through scientifically designed questions and mental development which empowers students with latest examination pattern. The result of TALLENTEX 2017 will be declared in second week of November 2016. Students can register online at www.tallentex.com & offline forms will be made available at all ALLEN Centers from the next week.

The question papers will have objective type questions including questions from Physics, Chemistry, Maths, Biology and Mental Ability. There will be 80 Objective Questions /MCQs in all with +4 marks for every correct answer and -1 mark for each wrong answer (There will be no negative marking for classes 5th to 7th).

Apart from Rewards:
In today’s tough competitive age, it is not sufficient to merely prepare for competitive exams but it is equally important to make the right strategy to beat competition and TALLENTEX provides opportunity to plan a right move at right time towards a rewarding career.
All participating students in TALLENTEX 2017 will be provided with Competitive Success Index (CSI) by which they can analyze their potential of success in competitive exams like IIT-JEE, AIPMT, KVPY, NTSE and Olympiads. In last 28 years. ALLEN has mentored 5.3 Lac students on path of success. ALLEN is the only institute in India which has produced All India Rank 1 in both IIT-JEE and AIPMT Examination. This outstanding track record of ALLEN, and bench marking system of Testing & analyzing the diverse student group from across the country, makes it a uniquely powerful institute to provide high value platform to students for improving their talent. TALLENTEX focuses on the latest examination technology and test patterns. It is one of the biggest platforms for the students, to interact with other best brains of the nation.

Success Power Session:
Top 20 students in TALLENTEX 2017 from all classes will be called for Success Power Session at Kota. In this one day session Expert mentors will guide students for achieving success in various competitive exams as well as all the toppers will be felicitated with their cash rewards, medals and certificates. Rewards of remaining rank holders will be sent by post. All cash rewards will be directly given and there is no compulsion for students to take admission in ALLEN to receive these rewards. Also, the School Principals, Coordinators and Directors of the Top 3 students in each class will also be invited for SPS and felicitated with them.

The entire information about TALLENTEX 2017 is now available on its website www.tallentex.com. 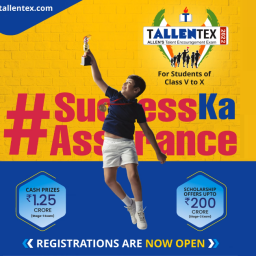 India is a country that churns out the most significant number of engineers and doctors. It has numerous engineering and… 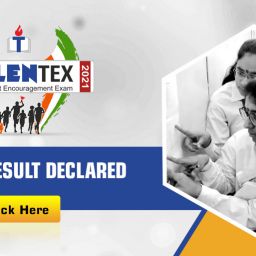 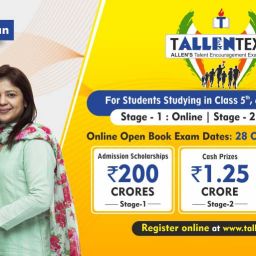