Freshness in the Question Papers of JEE-Main

JEE-Main computer-based mode exam got conducted in two shifts on Friday, September 4, 2020. ALLEN Career Institute Director, Brajesh Maheshwari, stated that as per the feedback received from students on the ALLEN C-SAT app, the JEE Mains paper held on Friday was up to the mark.

There was a newness in the question papers as unlike previously, questions weren’t taken from a single topic rather there were questions from two topics combined. Owing to this, the difficulty level of some questions in the papers went very high.

As per the feedback received on ALLEN C-SAT app from the students who appeared for the first shift of exam, calculations in Math were too lengthy and some questions in Physics were difficult. In Physics, there were more questions from Class XI. Questions from Biomolecule and F-Block in Chemistry were seen for the first time in September, JEE-Main.

In organic, there were Chiral center numerical based on separation technique related and product formed after reaction order. In Physical Chemistry, there was more weightage of Electrochemistry and Surface Chemistry. Under Inorganic Chemistry, questions were asked on Isomeric, VBT, P-Block, and Chemical Bonding.

In Physics, questions from Dimension Analysis and Compound Microscope were difficult. Questions were even asked from Semiconductor and Magnetic Dipole. In one question of Electrostat, question was asked on two perpendicular plate, wherein the two options appeared same. In Math, there was more weightage of class XII topics. Lengthy calculations took a lot of time. From Integration there were 3 questions, from Conic Section there were 3, 2 questions from Ellipse and 1 question each from Reasoning, Mean and Variant were there.

In the second shift, as per the feedback received from students on the ALLEN C-SAT app, in some questions, the problem was made by combining two chapters of a concept to test the knowledge of the students.

In Chemistry, Metallurgy and Enwhitement were combined. In Physics the questions were based on NCERT. Topics from all the three subjects were covered. In one question of Displacement, it was 100/21 which was asked to be made N/21. In Math, question based on Integration took less time while Probability and Static questions were easy. In Chemistry, Activation Energy question from Physical Chemistry confused the students. Organic chemistry weightage was more wherein question based on amino acid, Antihistamine drug mechanism had a good difficulty level and in the Inorganic Chemistry, Coordination, Lanthanide and S-Block questions were asked. 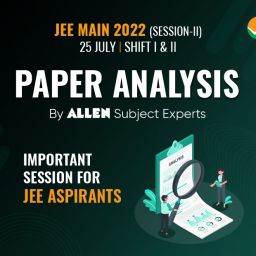 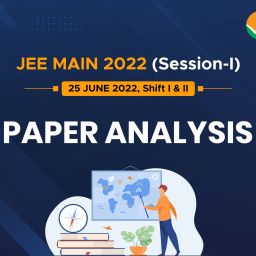 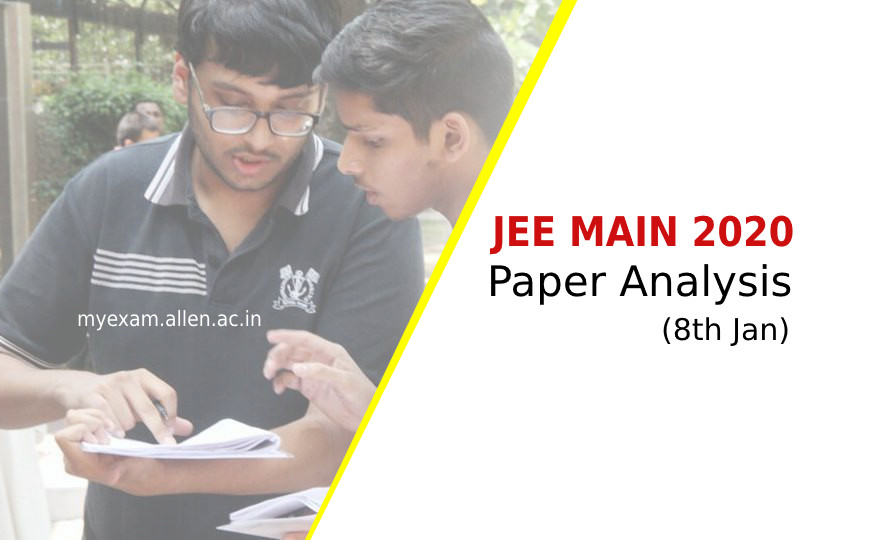 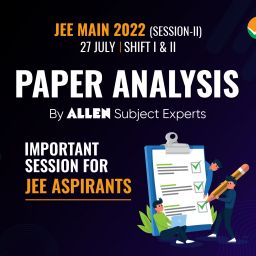 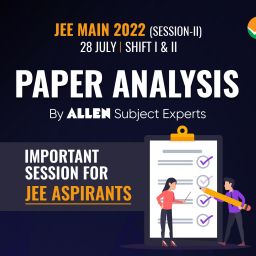 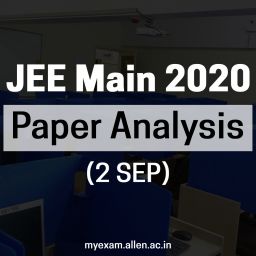 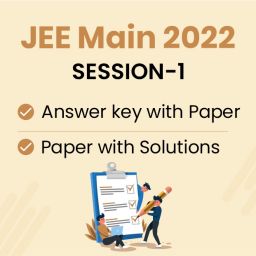 JEE Main 2022 Answer Key and Paper with Solutions by ALLEN 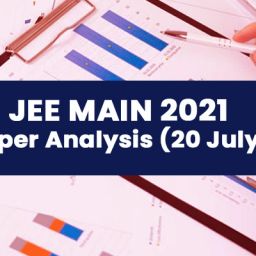 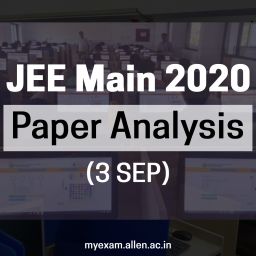 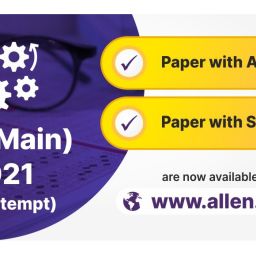 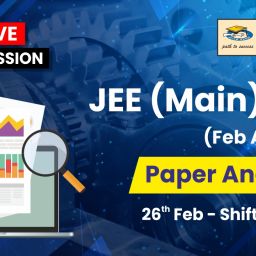 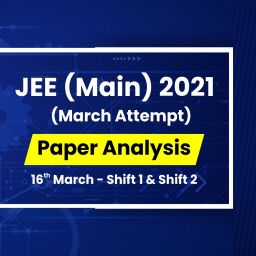