Harsh Nihlani got AIR- 10 (AIPMT) 2009 and is now working as a fellow at the Galaxy Care Laparoscopy Institute, Pune.

Dr. Harsh Nihlani is a Gold Medalist in M.D. and currently working as a Fellow at the Galaxy Care Laparoscopy Institute, Pune. Harsh Nihlani of Bhatapara in the State of Chattisgarh did not become a doctor just like that. For someone with such artistic hobbies as photography and cooking, the decision of taking up a career in medicine would have been a passionate affair too.

Parents inspired Harsh Nihlani to embrace the profession of a doctor. His parents’ service to society and the satisfaction they reaped became the reason for studying medicine. With both his parents being doctors, Harsh’s formative years at home acted as a great inspiration for him to follow this career. He says that the medical field gives you an opportunity to serve society and the satisfaction that he could see on his parents’ faces made it all worth the efforts. 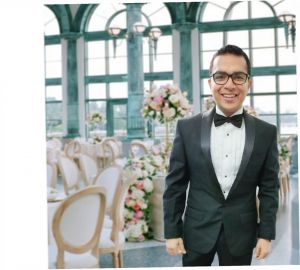 Hailing from a town called Bhatapara in the state of Chhattisgarh, Harsh studied there until class 10 and then moved over to Kota in 2007 for coaching. And while the career stream was finalized for a long time, the plan to execute the same was still in process. After joining ALLEN, Harsh experienced several positive changes in his routine. He realized that he could now compete at National Level because he believes that if anyone is willing to work hard then ALLEN gives them a good direction and guidance. The classes and notes provided by ALLEN simplified many topics for him and regular tests prepared him for the final entrance exam.

Harsh says “I think it was a life-changing decision for me and I was fortunate enough to enter AIIMS”.  He completed his MBBS from AIIMS, New Delhi in the year 2014.  Post that he pursued M.D. in Obstetrics & Gynaecology from AIIMS and was a Gold Medallist in his field. He was also a Visiting Medical Student at the Johns Hopkins Hospital, Baltimore, Maryland, USA (Jan 2012-March 2012).

Recalling all the good times and the bad, Harsh says that there were even times when he thought of quitting and going back home because of all the pressure and hard work that is required. But with the strong support of ALLEN, he could bounce back and rise again.

The Desire to Excel

The Desire to excel proved to be the success mantra for Dr. Harsh Lalwani. “The desire to excel keeps me going because there is nothing worse in this world than a waste of talent”, says the multi-talented Dr. Harsh who is currently doing a fellowship in Minimally Invasive and Robotic Gynaecological Surgeries and Gynaecological Oncology.

His field deals with Laparoscopic and Robotic Surgeries related to Gynaecological Malignancies involving advanced medical technologies with the aim of early diagnosis and healing leading to reduced pain and suffering of the patients.

Harsh’s father is an Orthopedician and his mother is a Gynaecologist. Both of them are settled and serving in his hometown Bhatapara. ”.

Dr. Harsh’s noble intentions and hard work are now fructifying at their best since he has been selected for a fellowship in Minimally Invasive Gynaecology in Germany. He plans to pursue the course and then later establish his own Laparoscopy and IVF setup.

To all his successors at ALLEN, he says “Be assured, you are at the right place, just work hard and let the results speak out”.

He believes that hard work with proper planning can let you achieve anything in life.

“Happiness is not a destination, it is a way of life and true happiness is found only when we stop comparing ourselves to other people, so expect nothing and appreciate everything”. 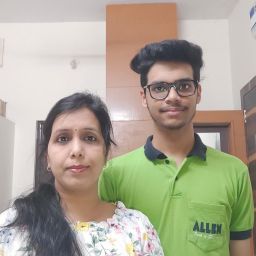 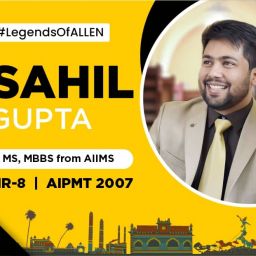 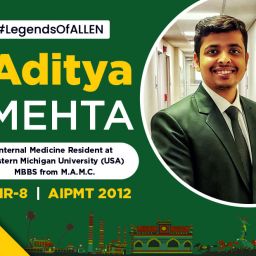 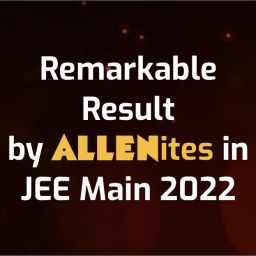 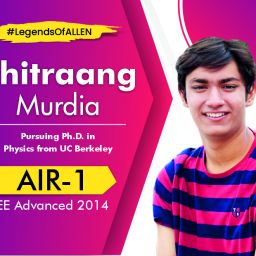 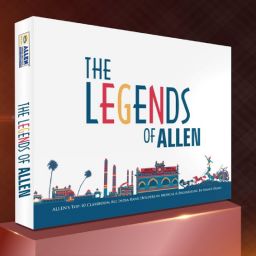 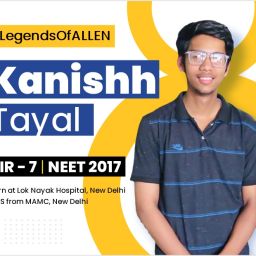 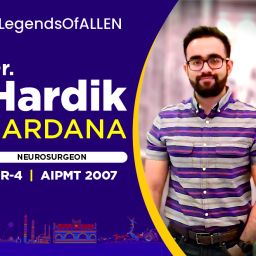 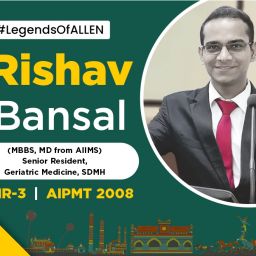