Armed Forces Medical College is a premier medical institute for undergraduate and post-graduate medical and nursing students with assured career prospects in the defense services.

The merit list for admission in AFMC Pune is released based on marks obtained in NEET UG 2021, Test of English Language Comprehension, Logical and Reasoning (ToELR), and personal interview.

Ojas Bhardwaj, AIR-1 in the AFMC Pune merit list, is a resident of Mathura, Uttar Pradesh. His grandfather Rajveer Sharma and father Shrikant Sharma are ex-servicemen. This became a great source of inspiration for him. His elder brother is also preparing for CDS after doing B.Sc.

“My main focus was on AFMC while preparing for NEET (UG). Apart from this, I also concentrated on physical activity. I got the best environment for NEET preparation at ALLEN. With the support of the ALLEN faculty, I secured All India Rank 596 in NEET (UG), which eventually paved the path towards admission in AFMC Pune.” said Ojas. 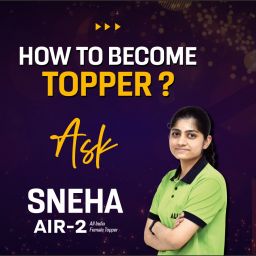 The Secrets of Becoming a JEE Main 2022 Topper – Sneha Pareek

The Success Mantra of JEE Main 2022 AIR-2 Ranker Allen Student, Sneha Pareek has once again proved herself by securing… 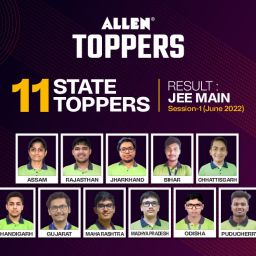