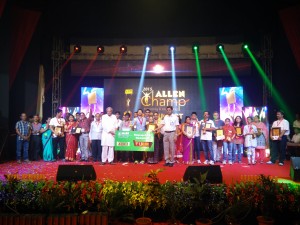 ALLEN Career Institute organized a grand honoring & mentoring ceremony to reward the nationally/ internationally acclaimed academically brilliant students from classes 5th to 12th of the country on ALLEN Champion’s Day (Sunday 16th August 2015 ) , at IL Auditorium Kota and rewarded them with exciting prizes. On this special occasion, students were honored along with their Parents, School mentors, and School Principals for commemorating their contribution in the child’s development as a team.
As per Sh Naveen Maheshwari, Director ALLEN Career Institute, this was the 2nd edition of ALLEN Champ which was initially launched in 2014 under ALLEN’s Corporate Social Responsibility to motivate the national talented students to perform better in their future academic career.

Further Mr. Maheshwari said that “We rewarded top 10 students of classes 5th to 12th from throughout the country who were shortlisted by special jury on the basis of their consecutive academic achievements.

ALLEN Champ is the most Unique Program of the Nation! As per Shridhar Ramanathan, VP- Standard Chartered Bank, Chennai, father of Siddharth Sridhar (class 9), “such a platform motivates the students and prepares them to achieve their goals. This platform gave us an opportunity to interact with the parents from all over the nation, who were also a part of the unique journey of ALLEN Champ program.
Sh Milyendu Kumar, Asst. Editor in Parliament, Parent of Astha (Class 7), said that, “ALLEN Champ is unbeatable and gives a great start to the children. It analyzes the students on the basis of their performance in 3 consecutive years which makes it more unique.

Sh Akhil Agarwal, Asst, GM, NTPC Noida who is the father of Ayush Agarwal (Class 12), praised the ALLEN Champ and was found quoting that “I was amazed to see that there was no commercial approach in selection of ALLEN Champs.”

National Rewards to ALLEN Champs along with parents, mentors and principals
The students of classes 5th to 12th who stood on ALLEN Champ Rank 2nd, received cash prizes of Rs 1,00,000 along with Gold medal, Champion’s Trophy ,certificates and monthly scholarships. Similarly, 3rd Rankers of each class were awarded with cash prize of Rs 51,000, Silver medal, Champion’s trophy, certificates and monthly scholarships. Students from rank 4th to rank 10th of every class received Cash prize of Rs 21,000, silver medal, Champion’s Trophy and certificates. Parents of all ALLEN Champs were honored with Mementoes and certificates; ALLEN Gurukul Trophies were given to their schools. ALLEN Career Institute honored the Guests who were specially invited to grace the occasion. The event started with lighting of the lamp, Ganesh Vandana and Saraswati Pooja and was followed by various cultural performances, declaration of results and honoring ceremony of All ALLEN Champs. 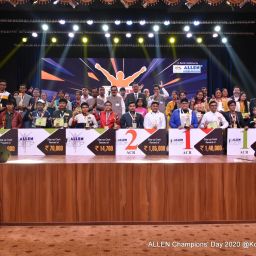 The Allen Career Institute is always committed towards the motivation of the talents of the country. Allen Champs were declared…

Are you Cambridge ESOL Examination Qualified? If Yes, Nominate for ALLEN Champ 2014 and get rewarded! Visit www.allenchamp.com #ALLENChamp 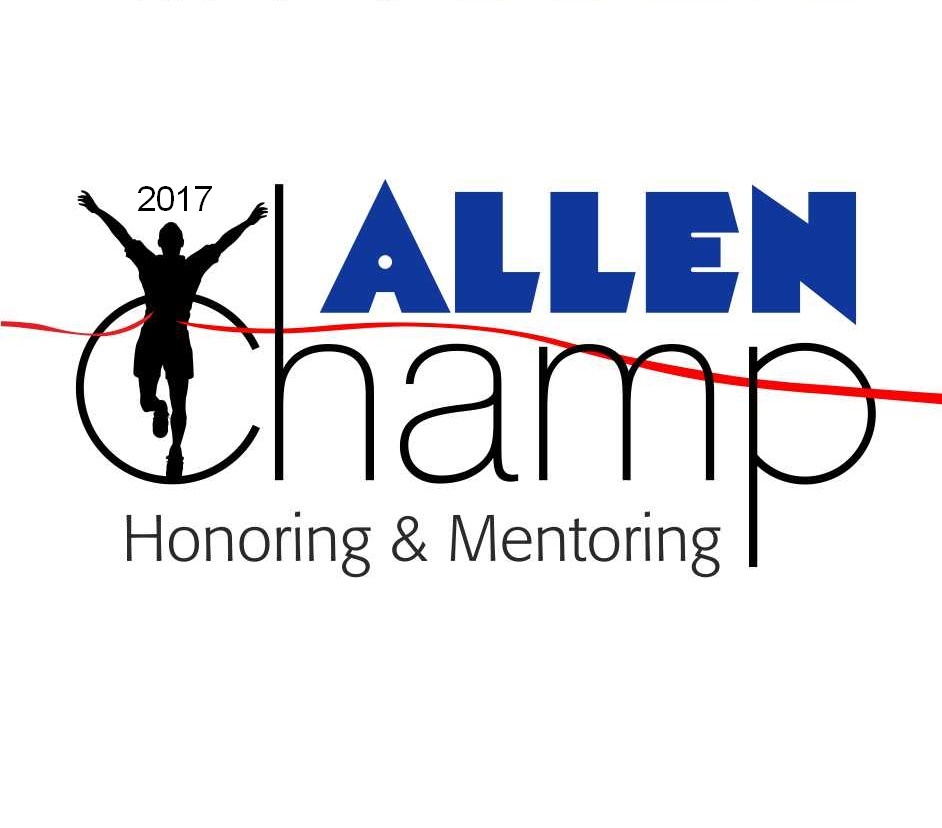 Are you NSTSE Qualified? If Yes, then nominate yourself for ALLEN Champ and get rewarded.. Visit www.allenchamp.com #ALLENChamp