The Kota based coaching Institute Allen Career Institute popularly known for its outstanding coaching for Pr-Engineering and Pre-Medical coaching launches its 5th Edition of Allen Champ-2018 programme to recognize the academically talented students across the country.

ALLEN Director Sh. Naveen Maheshwari said that “Allen Champ is a unique and one of its kind National level Initiative taken by Allen to honour and mentor the students who are recognised across the globe for being a winner of any prestigious national or international examination.” Further added the sole purpose of this programme is to provide a national level platform to the best brains. This programme helps such students to create a network which is intellectually and academically strong and this helps students to share knowledge and to compete among themselves.”

Allen Champ was first launched in 2014 under ALLEN’s Corporate Social Responsibility Programme. Through Allen Champ meritorious students from classes 4th to 10th are rewarded and mentored by best academic team at ALLEN Career Institute throughout their academic career.

For the students participating, registration and nomination process is completely free. The students can log on to the website www.allenchamp.com and submit their nomination details in prescribed format. Where they will be asked their past academic achievements and based on their performances they will be selected for the further round of selection. Students of Classes 4th to 10th are eligible to nominate themselves for ALLEN Champ 2018. Students nominating themselves for ALLEN Champ should ensure that they have at least one achievement in the session 2017-2018 while filling up the nomination form. Students who have already participated in the past ALLEN Champ editions can apply for this edition also but the top 3 ranker are not eligible to participate for the 2 consecutive years from the winning year.

The registration process is entirely free for the students. The online registration process followed by contact number and email address verification is mandatory for every participant. Based on the nomination 10 best students from each class will be shortlisted and will be invited for the final round known as ALLEN Champions Day.

Students will have to face a jury for the final round on the Champion’s Day. Besides the academic achievements of the students in reputed competitive examination, event or Olympiad of national and international level, the jury members will assess them in various areas like aptitude, language skills, and exposure after which final crowning positions of Allen Champ Ranks 1 to 10 will be decided. On the very same day students will be rewarded according their ranks along with their parents. In the felicitation ceremony the top 10 students will be honoured through Cash Prizes, Gold & Silver Medals, Trophy and Certificates according to their ranks.  It is worth noting that the Parents and the Schools will also be recognised on this national platform along with the top 10 students. All the successful students (ACR 1-10) from each class will become a part of an elite club “Allen Champions Club”. The club aims to ensure holistic development of the student. It enables the student to meet and stay connected with Allen family. They will be eligible to attend the Mentorship meets, workshops, seminars organised by Allen regularly. Allen champs will also get a helpline number on which they can call for support in academic & non-academic areas. The nomination process has begun and the students may apply at www.allenchamp.com or call 0744-515-6100 . 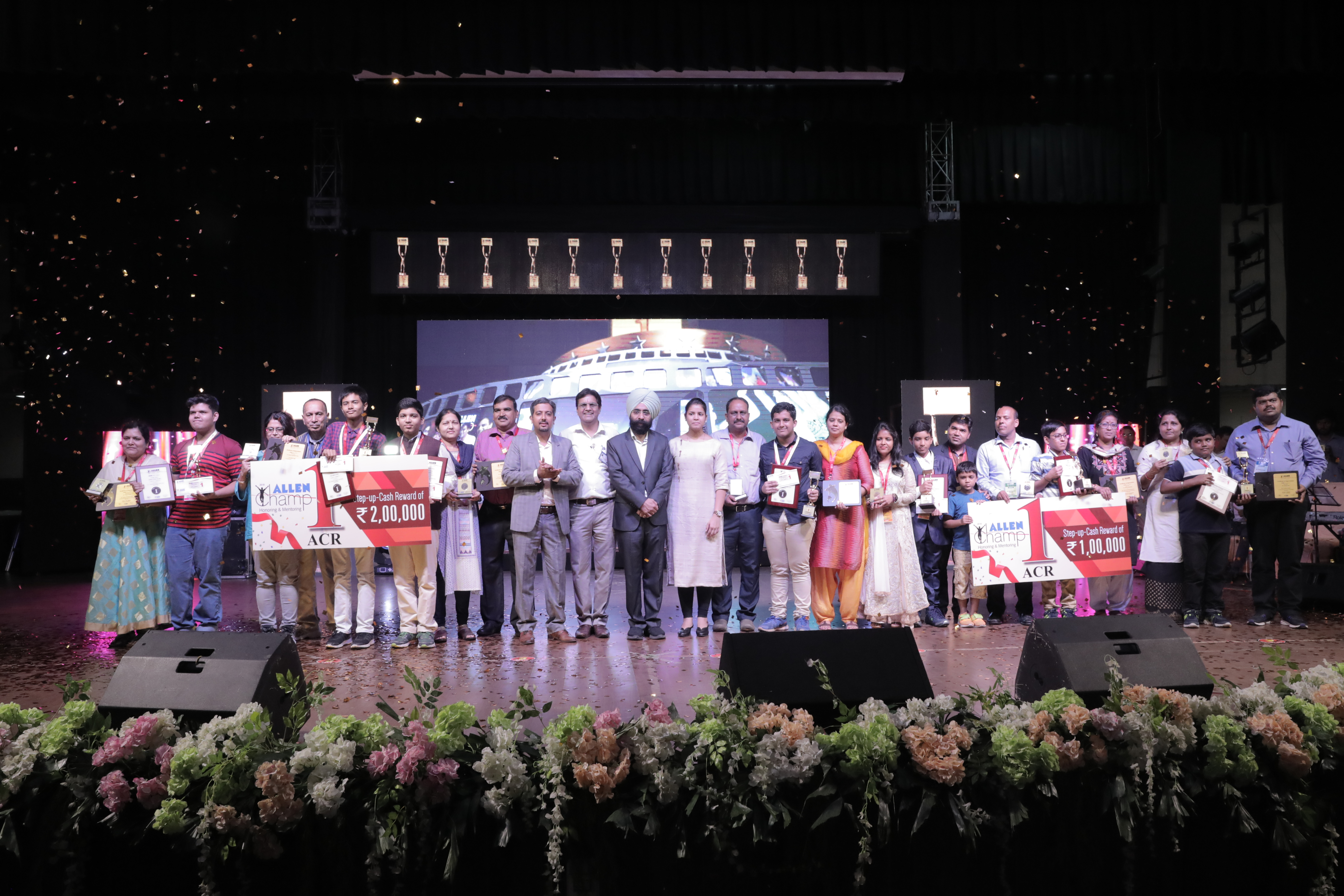